PRODUCER NOTE:
“Beau-Site means beautiful site and lies just behind Grand Cru Château Calon-Segur on one of Medoc’s highest points with fantastic views over the river Gironde. It was originally classified as a Cru Bourgeoius Superieur in 1932 but in 1966 Beau Site was reclassified as a Cru Grand Bourgeois Exceptionnel. The Castéja family, who also own Château Batailley and Château Trotte Vieille, bought the château in 1955. The château has nearly 100 hectares of vines with an average age of 35 years. Beau-Site’s 18th century underground cellar is one of the oldest in the Médoc and presents the perfect maturing conditions for a wine that is vinified with the same care and technique as a Grand Cru Classé. Beau-Sites wine is full of power and temperament, a typical Saint-Estèphe with tannins allowing for stocking this wine for some years.”

VINTAGE:
2016 has been lauded as an excellent and classic vintage. Bordeaux saw a wet spring in 2016, which built up the soil water reserves nourishing the vines throughout the exceptionally dry summer which followed. The glorious, warm, dry days were coupled with cool nights, perfect for grape maturation and concentration of flavours. Rainfall in September revitalised the vines. 2016 produced small, ripe grapes and the wines are marked by structured tannins, balancing acidity and superb aromatics.

VINEYARD:
The vineyard sits on predominantly gravel soil which provides good drainage for the vines. The vines, which have an average age of 36 years, are trained according to the double Guyot method and are planted at a density of 5,500 per hectare. The average yields are 40 hectolitres per hectare.

TASTING NOTE:
The majority of Cabernet Sauvignon in the blend yields a wine with ripe blackcurrant, cedar tree and earthy aromas. Notes of cherry, cranberry, spice and hints of liquorice continue on the palate which is enveloped in smooth, ripe tannins. This wine shows lovely balance, depth and structure with an elegant finish. 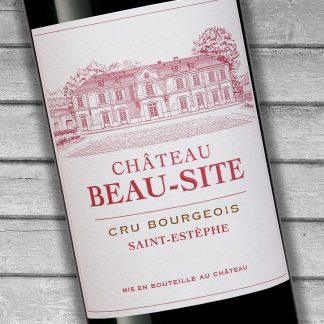