Smooth yet muscular and concentrated with notes of ripe blackcurrants and dark chocolate through to a long and full flavoured finish.

PRODUCER NOTE:
Château Boutisse was purchased in 1996 by winemaker and oenologist Xavier Milhade. The Milhade family has been making wine in the Libournais region since 1938 and today, Xavier’s children Elodie and Marc run the Château. It is located in the commune of Saint Christophe des Bardes, one of the top communes in AOC St-Emilion. It is a relatively large estate for St-Emilion with 25 hectares, mainly planted with Merlot. Huge investments have been poured into the vineyards since 1996 with several parcels of vines being completely replanted. Château Boutisse possesses excellent terroir; when the soil was ripped and prepared for planting, large chunks of the limestone were visible under the chalky clay topsoil. In 2017, Château Boutisse was certified HVE3 for sustainability and in 2022 it received the honour of being reclassified as Grand Cru Classé.

VINTAGE:
Despite initially challenging weather, the 2018 Bordeaux vintage was excellent. The winter was unusually wet and remained so throughout the spring. Hail also struck some vineyards during this period. However, conditions eased, allowing for a successful flowering followed by a particularly hot, dry summer with surprisingly cool nights, from June through to September. September brought welcome rains, reviving the vines. Harvest took place under ideal conditions, producing small, thick-skinned and highly concentrated berries, resulting in rich wines, slightly raised alcohol levels, with balancing acidity and a fresh, fruity appeal.

VINEYARD:
Situated near the highest point of the appellation, the 25 hectares of vineyard extend over the limestone plateau and slopes, not far from the medieval city. The limestone plays a major role in regulating the vine’s water supply, creating the moisture stress that is necessary to obtain high quality grapes. The 35 year old vines are trained according to the double Guyot method and were grafted onto American rootstocks. Manual leaf removal and green harvesting takes place in order to retain only the best bunches of these high quality grapes. Château Boutisse is certified High Environmental Value (HVE) Level 3 and it places great emphasis on the quality and biodiversity of its soils, which are tilled instead of using chemical preparations. Oats and mustard are grown to produce ‘green’ manure in order to eliminate the need for fertilisers and grass cover crops are planted. The grapes are hand-harvested.

WINEMAKING:
Vinification takes place parcel by parcel in a new state-of-the-art winery. The concrete tanks are located underground, which facilitates running off the wine by gravity. The small, squat thermo-regulated tanks optimise the cap-juice ratio, thereby improving extraction. The grapes were cold soaked, followed by traditional vinification. A proportion of the fruit was fermented in 500 litre oak barrels. Malolactic conversion took place in new oak barrels, followed by ageing on the fine lees in French oak barrels for 12 to 15 months.

TASTING NOTE:
An intense bouquet of ripe, deep red fruits is backed by a hint of sweet toasted spice. Smooth, velvety and elegant on the palate, attractive mocha, caramel and toasted notes envelop well integrated tannins through to a fine finish. 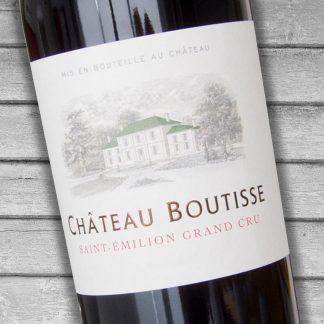