A richly flavoured white wine with flavours of tropical fruit and toasted pineapple through to a spicy finish.

VINEYARD:
The Pegões vineyard is located between two Nature Reserves: the Tagus estuary to the northwest and the Sado on the southwest. To the east are the Arrabida hills and to the west the Alentejo province’s clays. The unique soil here is named “Pliocenico de Pegões”. It is a sandy soil formed over millions of years by sand transported by the rivers Tagus and Sado. It is this Mediterranean climate and soil combination that creates this unique Pegões terroir.

WINEMAKING:
The grapes were harvested at optimal ripeness and vinified immediately to retain freshness. Fermentation took place in temperature controlled stainless steel vats. The wine did not go through malolactic conversion and there was no oak ageing. As a result, the style of the wine is fresh, pure and aromatic. 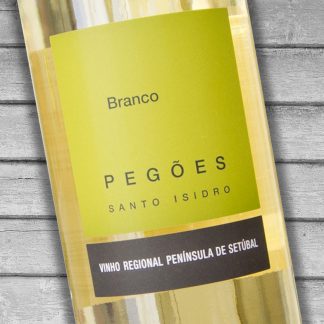