A full, traditional and earthy Barolo, well structured and gamey with hints of balsamic and leather through to a dry, firm finish.

VINTAGE:
The 2016 vintage started with a cool spring which was followed by a hot, dry summer. Temperatures rose in June and July, which resulted in healthy canopies and vines. August saw cooler nights which helped to balance the heat of the day and promote the ripening of the berries, while retaining a balancing, refreshing acidity. The conditions at harvest were excellent and the wines of 2016 are very good quality.

VINEYARD:
The vineyard sits on a southeast to south westerly orientation and the vines are trained according to the Guyot method. The vines are thinned during the summer months to control the health and vigour of the vine. The soils are from the Tortonian geological area of La Mora and Barolo, which is characterised by sedimentary clay and Sant’Agata marl interspersed with grey-blue sandstone. A significant presence of micro elements specifically magnesium and manganese enhances the soil’s complexity. The grapes are manually harvested at optimum maturity.

WINEMAKING:
Fermentation took place in temperature controlled tanks with 17 to 18 days’ maceration on the skins. A gentle ‘shower system’ of submerging the cap was used during fermentation which took place at between 27 to 32°C. Malolactic conversion took place in stainless steel tanks. The wine was then aged for two years in oak casks, followed by a further 12 months in bottle prior to release. 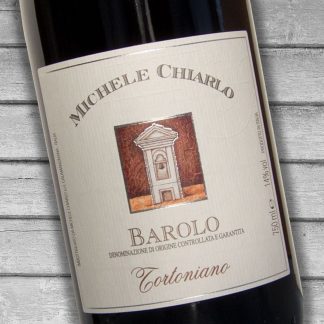