Fresh and zesty with uplifting herbaceous notes of gooseberry and asparagus and a refreshing lime zest finish.

PRODUCER NOTE:
Groot Constantia is South Africa’s oldest estate and one of South Africa’s most visited tourist attractions. In 1685 Cape Governor Simon van der Stel built a farm in the foothills of Table Mountain, which he named Constantia. Groot Constantia received world acclaim from Napoleon, Bismarck and King Louis Philippe of France who was the biggest single buyer of Groot Constantia wines. They had to sell to the Cape government after phylloxera ravaged the vineyards. Now, the total estate covers 165 hectares of which 87 hectares are planted, at an altitude of 60 to 280 metres above sea level. The climate is generally cool resulting in complex and balanced wines.

VINEYARD:
The vineyards are located on the eastern side of Table Mountain. This wine comes from various blocks that vary between 88 and 233 metres above sea level. All the slopes are south to south east facing. The Sauvignon Blanc yield is an average of six tonnes per hectare. The climate is Mediterranean with cooling breezes from the Atlantic Ocean encouraging balance and complexity in the grapes. The average rainfall is approximately 1,100mm per annum. The soils are predominantly Hutton and Glenrosaa gravelly soil with low fertility. The climate, combined with the cool southern slopes and deep mountain soils provide the ideal setting for the making of this top quality wine.

WINEMAKING:
The grapes were hand-picked early in the morning to retain the freshness and delicate fruit flavours. Crushed and destemmed into the press, giving the juice skin contact before being separated. Only the free run juice was used to makes this wine. The juice was settled until clear and then cool fermented at controlled temperatures of between 12 to 14°C in stainless steel to preserve the typical varietal characters. Following fermentation, the wine was left on the lees for four months to add complexity and texture, before being prepared for bottling.

TASTING NOTE:
Aromas of ripe passion fruit and melon are complemented by uplifting herbal and asparagus notes. Refreshing, with a zippy acidity and beautiful intensity that delivers a long finish. 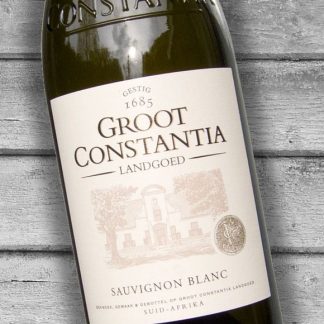