An elegant and silky Margaux with a purity of black fruits complemented by subtle toasted notes and cedar.

PRODUCER NOTE:
Château Desmirail is a Third Growth property in the 1855 classification, situated in an outstanding terroir within the Margaux appellation. The elegant manor house dates back to the 18th century, when the name was given by Jean Desmirail upon marrying Demoiselle Rausan and receiving the château as part of her dowry. Today the property is owned by Denis Lurton who took over from his father Lucien, an iconic figure in Bordeaux wine, in 1992. The château which comprises 37 hectares of vineyard, is situated in the commune of Cantenac and is well placed on the Route des Châteaux. Initial is their second wine, produced in part from younger vines and made in the same elegant house style.

VINTAGE:
2013 in Bordeaux was a challenging vintage, resulting in one of the smallest in decades. Cool, wet weather in spring was followed by a warm, sunny summer period. However, damaging hail storms in August resulted in significantly reduced yields. Fortunately good diurnal temperatures throughout September helped to rescue the vintage. A precise focus on the harvest dates coupled with a meticulous selection of the grapes, resulted in lively and aromatic wines.

VINEYARD:
The vineyard is located around the town of Cantenac, neighbouring Château Palmer and Cantenac Brown. Bordeaux enjoys a maritime climate, influenced by the sea, with warm summers and cool winters. The soils are made up of Margaux’s renowned freedraining gravel which contributes to the rich style of wine imbued with finesse and elegance. The vines are trained according to a Double Guyot trellising system and are green harvested in order to concentrate the flavours in the remaining fruit. The grapes are carefully selected and harvested by hand, when they have reached optimum maturity.

WINEMAKING:
Château Desmirail strives to express excellent Margaux typicity. The grapes from each parcel were vinified separately. During fermentation, the frequency of pump-overs and maceration length was carefully tailored to each tank, in order to achieve the desired levels of extraction and structure. Blending took place at the end of the winter, followed by maturation in oak barriques for 12 months.

TASTING NOTE:
A real purity of fruit is showcased in this elegant Margaux, with abundance of blackcurrant, black cherry and fruits of the forest, complemented by subtle hints of cedar, toast and cinnamon. Elegant with silky tannins, it is perfectly balanced through to a lingering finish. 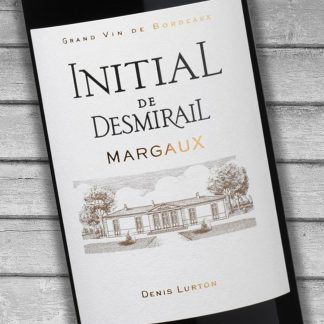